Everything You Need To Know About Three UK 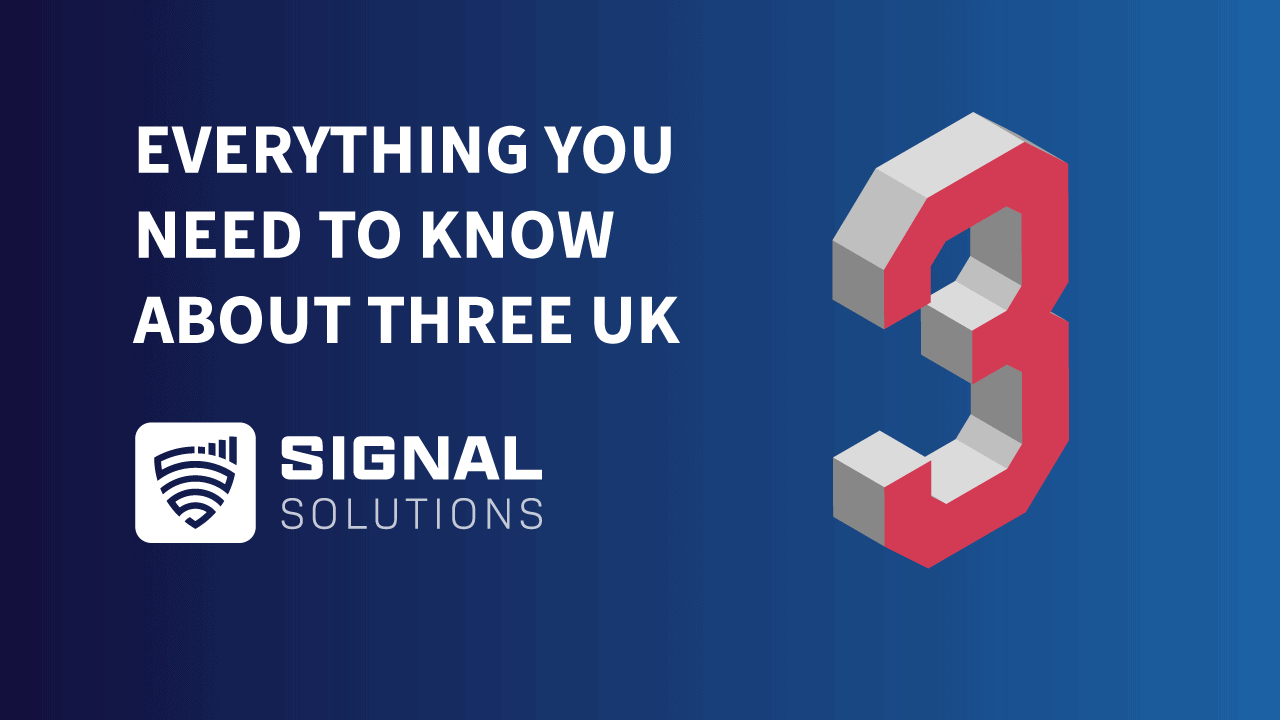 The UK’s four main mobile networks are Vodafone, O2, EE, and Three. But it hasn’t always been like that.

In this series of blogs, we’re exploring the UK’s four major networks, including their history, advantages and disadvantages, future plans, and signal coverage.
This blog focuses on Three, the UK’s fourth-biggest mobile network provider, known as Three UK. The history of Three UK

Handsets went on sale later in the year as they focused on being the first video mobile network, as well as becoming the first network in the UK to meet its regulatory requirement of reaching 80% population coverage in December 2004.

They opened their first stores in London and Birmingham upon launch, as well as selling handsets, devices, and contracts through independent and online retailers.

In 2006, Three UK purchased 95 high street shops from The Link and O2 to expand their physical presence within the UK.

The company launched SeeMeTV, in which customers could submit content for subscribers to watch, with creators receiving 10% commission on views once they’d accrued at least £10 in value.

Three became the fourth network in the UK to launch the iPhone 4 in 2010, and in 2014, they introduced the 3 inTouch app, allowing customers to use WIFI calling. Three UK customers can now also access the Virgin WIFI network across 130 London Underground stations.

Three markets itself as a connectivity company and currently has 9.5 million customers. According to its own usage stats, Three customers use 3.5 times more mobile data than the industry average, and its network covers 99% of the UK population.

Today they have the UK’s leading 5G spectrum holdings and were voted the Best Network For Data and Roaming in two separate awards. Three UK employs more than 4,800 people across the UK and also has mobile operations in 11 countries.

Three has announced a £2 billion investment plan to upgrade its mobile network and IT infrastructure, with plans to improve 4G network speeds and roll out more 5G services at the heart of the announcement.

The company has already upgraded 4000 sites with improved 4G, with 20 new data centres created. Three has also implemented 5G in more than 100 locations in the UK.

The plans state that the company intends to improve speeds by up to 150%, with 4G voice calls being rolled out across the entire network. 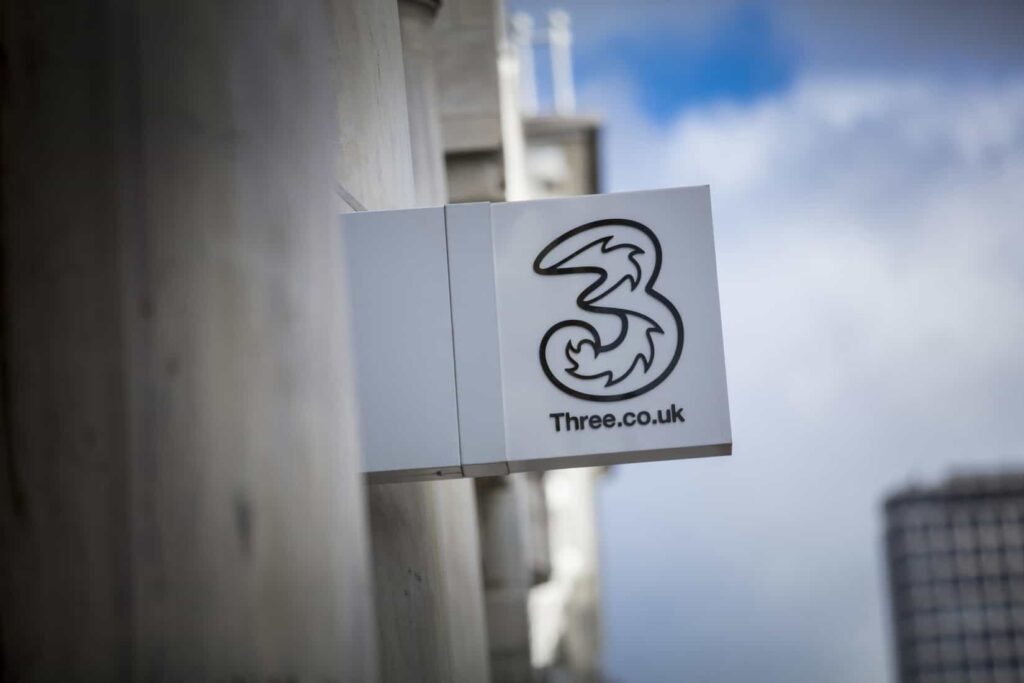 Who operates on the Three UK network?

Multiple other operators use the Three UK network, including:

They all use the same core network infrastructure, and customers will get coverage in the same places that a Three UK customer would. There might be lower prices or specific benefits available through these networks.

And of course, Three UK itself.

Wireless communications service providers that don’t own the wireless network infrastructure via which they provide their services, such as SMARTY, iD Mobile, and FreedomPop are known as Mobile Virtual Network Operators (MVNOs).

What are the advantages of Three UK?

With 99% population coverage on 3G and 4G networks, Three has a similar level of coverage to the other three main mobile networks.

All Three customers get access to 5G at no extra cost, while they offer “truly” uncapped data.

With Three being the first network in the UK to focus on 3G technology upon its launch, it has often found itself at the forefront of technological advances in the industry.

Three UK is the UK’s fourth-biggest mobile network provider with a 10% market share.

While Vodafone has been rumoured to switch off its 3G network in the next two years, nothing has been said about Three UK’s plans.

However, despite being the first 3G-only mobile operator in the UK and the first adopter of the technology, they announcemed in 2018 that they would no longer sell 3G-only handsets.

This was due to the switch to 4G and 5G technology, with the UK-wide 3G shutdown expected in the coming years.

How does Three UK rank on signal coverage and quality?

Three’s coverage breakdown in the UK is as follows:

4G download and upload speeds on Three UK are 22.2/8 Mbps, which is third behind Vodafone out of the main 4 mobile network providers. As co-founder of Signal Solutions, Mark's signal boosting knowledge is second to none. Mark has worked on a large number of signal projects over the years, from straightforward single-booster projects, to large scale installations across multiple buildings.
PrevPreviousEverything You Need To Know About Vodafone
NextEverything You Need To Know About O2Next
Blog Categories
Your Questions
Mark's Remarks
Signal Boosting Tips
Latest News
Case Studies

Mobile Signal Solutions
My Amplifi-Qx
From The Blog